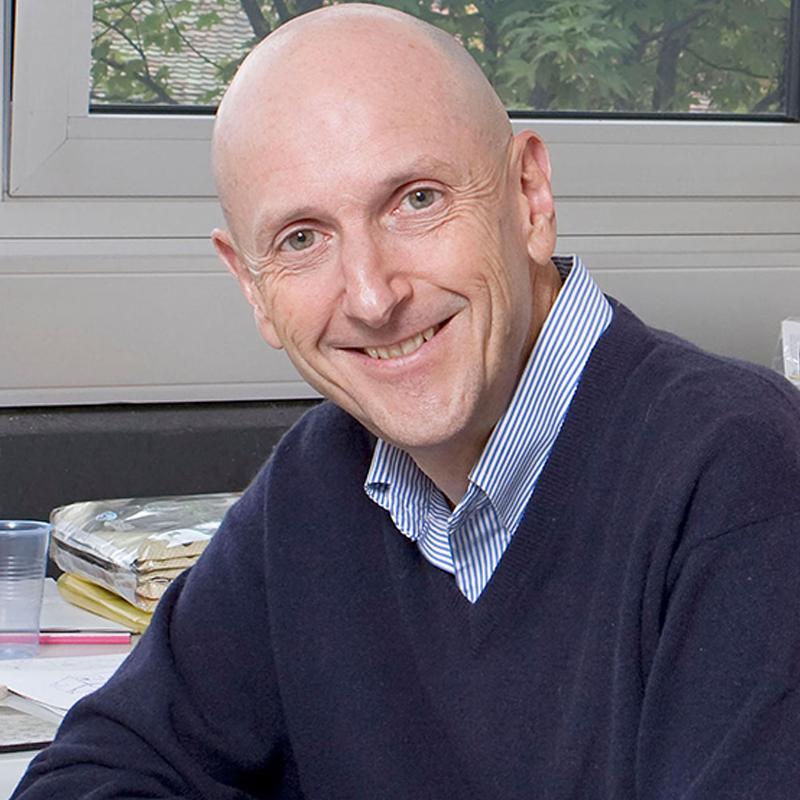 With a career blending research and clinical practice, Dr Dotto is currently focusing on the factors that lead pre-malignant skin tumours to become cancerous. Recent lab results reveal that the likelihood of getting cancer is determined not only by genetics and epigenetics (anything that influences the development of an organism, besides DNA sequence): the interplay between these elements and gender, race, environment and lifestyle show a more complex reality of what causes cancer and its aggressiveness in various populations.

Dr. G. Paolo Dotto received his MD from the University of Turin, Italy, and his PhD in Genetics from the Rockefeller University, New York, followed by postdoctoral training with Dr. R. A. Weinberg at the Whitehead Institute for Biomedical Research in Cambridge, MA, USA. Subsequently, Dr. Dotto joined Yale University, New Haven, CO, as assistant professor of Pathology, followed by progressive appointments up to Professor at Harvard Medical School and Biologist at Massachusetts General Hospital in 2000. While holding the latter position, in 2002 Prof. Dotto joined the University of Lausanne as Professor in the Department of Biochemistry.

Dr. Dotto has been a member of the European Molecular Biology Organization (2011), the Academia Europaea (2012) and the Leopoldina German National Academy of Sciences (2014). He is also the recipient of the American Skin Association Achievement Award (2012) and an Advanced ERC investigator grant award (2013).

Find out more about Dr Dotto’s research teams at the University of Lausanne and Massachusetts General Hospital.

Watch here A conversation with Gian-Paolo Dotto on the Sex and Gender Dimension of Research, organised by Dr Susanna Chiocca of the European Institute of Oncology.